Dhaka is the capital of Bangladesh and the most densely populated city on earth.

It has a population of 19 million, with an average of 45,000 people packed into each square kilometre.

The city’s 4,000 informal settlements are home to 3.5 million people. While most of the city has access to drinking water, half the amount consumed does not meet safety standards.

Nearly all low-income households in the city use unhygienic latrines, while only a fraction practice hygienic handwashing behaviour. The majority of people living in informal settlements suffer from water and sanitation-related diseases.

Dhaka is the only city in Bangladesh to have a sewer system but this reaches just under a fifth of the city, and the absence of safe and hygenic pit-emptying practices pose a big threat to public health and the environment.

Since 2007, we’ve established a good relationship with Dhaka’s city utility and city authority, providing support to local service providers to improve water and sanitation services in low-income communities. We’ve created innovative technologies including a low-cost sewer system combined with collection and treatment of faecal waste, so in the hard-to-reach areas of the city waste can be safely collected and removed for treatment. We’ve also worked with communities to enable them to better maintain water and sanitation facilities and practice good hygiene.

Before, faecal waste was visible in the drains. Now, it's not like that at all. The most important thing is that we are free from diarrhoea, especially the children and older people. 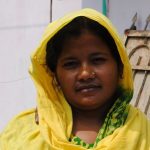 SWEEP is a public-private partnership that provides a faecal sludge emptying service and tackles the challenges of poor faecal waste collection. The partnership assisted a private sector operator to lease equipment owned by the public sector, lowering barriers to joining the market. We supported the operator in delivering a financially viable service, by introducing a varied pricing structure that maintains profits for the operator while ensuring an affordable service for low-income customers.

Blog: Oct 2017 – Transforming the market for emptying toilets in Bangladesh

We are currently the implementing partner for the WASH components of UNICEF’s work on behalf of Dhaka North City Corporation and have implemented a number of community water, sanitation, and hygiene projects in specific low-income areas in the city. The projects have included building new water points and sanitation facilities or refurbishing existing ones. An important factor in the sustainability of these projects is changing behaviour to improve hygiene practices, so we also run campaigns to promote hand washing and menstrual hygiene management, as well as ensure the upkeep of facilities.

Getting water connections into the low-income communities of Dhaka is challenging work. It is crucial to develop services that are affordable, and the city’s densely packed buildings and twisting alleys provide limited space for installation of new infrastructure.

We’ve worked closely with the city utility DWASA, to improve water access for low-income customers. We aided the establishment and subsequently seconded staff to work in the low-income unit, helping to extend services, improve sustainability, and increase tariff collection. As a result of work carried out since 2013, over 3,500 communal water connections have been installed which have benefitted over 220,000 people.

Now we use the toilets whenever we want and water is available from the pump all day, every day. We used to suffer a lot from diarrhoea and jaundice, but now the rates have dropped because of the clean water and better hygiene we have. 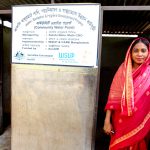 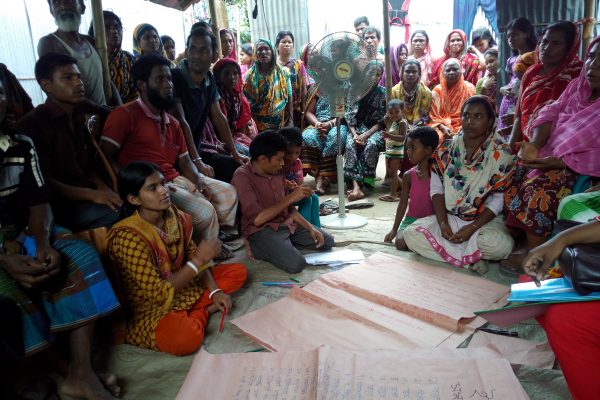 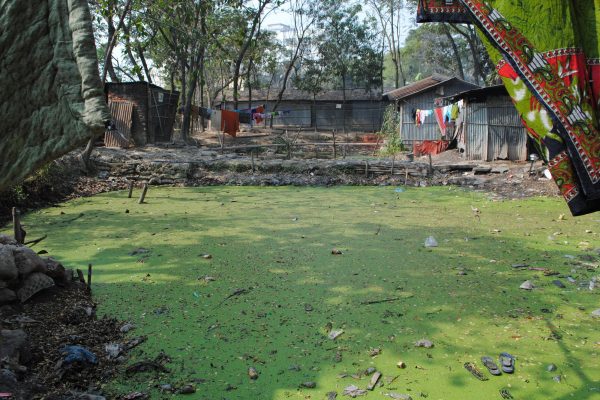 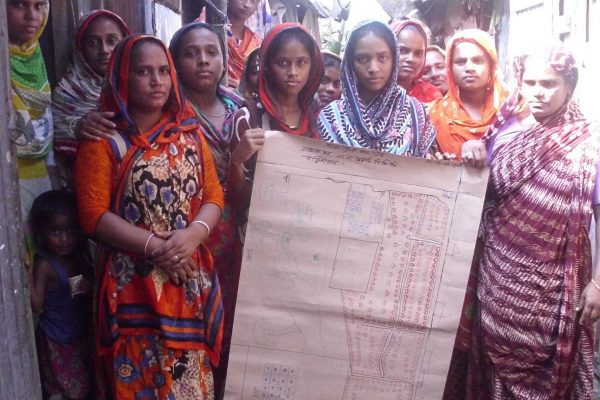 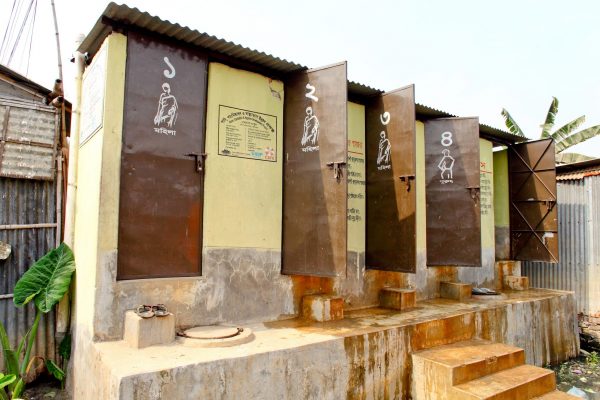