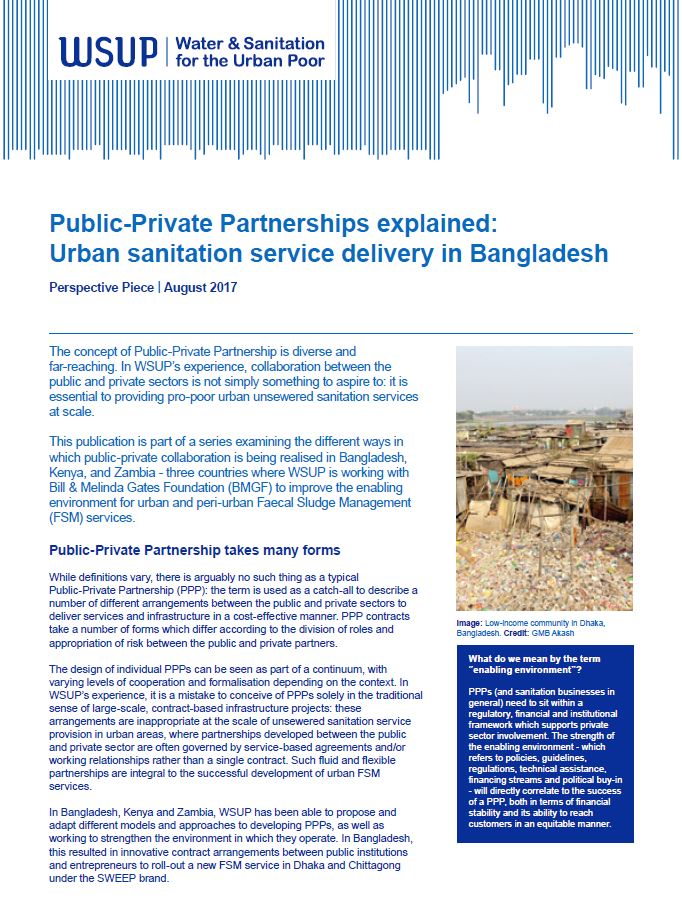 This report details the national context for Public-Private Partnerships (PPPs) in Bangladesh, before going on to summarise one PPP that is now moving into the scale-up phase.

The City Corporation and Pourashava Acts (2009) assign responsibility for sanitation services to local government, but the mandate for faecal sludge management (FSM) is unclear in cities where there is a Water Supply and Sewerage Authority (WASA) and a City Corporation, as in the case of Dhaka, Chittagong, Khulna and Rajshahi.

Recent moves to clarify responsibility for urban FSM have culminated in the development of an Institutional and Regulatory Framework for FSM: while there were no official private actors involved in urban sanitation and FSM until WSUP’s intervention began in Dhaka, the draft framework highlights the potential for private sector participation.