What have toilets got to do with climate change? This World Toilet Day, WSUP is highlighting how climate change is placing a growing strain on urban sanitation systems, and looks at ways to improve the climate resiliency of services to the poorest.

Climate change is threatening sanitation systems in cities. Droughts in southern Africa have led to questions over the suitability of water intensive sewer systems, and a growing realisation that other forms of sanitation which use less water may be more effective.

In countries such as Kenya, Mozambique and Bangladesh, climate change is increasing the frequency and severity of flooding which can damage toilets and spread harmful waste through communities.

What can cities do to ensure that everyone has access to safe sanitation in the face of an ever-changing climate?

WSUP has identified three ways to tackle the issue:

In urban areas, traditional sewered sanitation systems use a lot of water. As water availability reduces, so the importance of making best use of existing water resources increases. With a 50% increase in urban water demands forecast for the next 30 years, the systems that made sense 50 years ago may no longer be fit for the future.

In the informal settlement of Mukuru in Nairobi, one of the biggest slums in Kenya, simplified sewers that use much less water than conventional sewerage are being introduced by the Nairobi City Water & Sewerage Company (NCWSC).

In some places hit by droughts, such as in southern Zambia, water providers are forced to rely more on groundwater – but in urban settings, groundwater is often polluted by unmanaged sanitation.

Southern Water & Sanitation Company Limited (SWSC), the utility responsible for serving customers across 13 districts containing several urban centres, has understood the need to focus more on providing onsite sanitation, particularly to those marginalised communities who live outside of the central urban areas where sewers are not available. As well as improving access to sanitation for people living in peri-urban communities, this work aims to improve water quality for everyone.

Poorly designed sanitation systems result in harmful germs being spread through communities, a phenomenon exacerbated by heavy rains and flooding.

The Ngong river passes through the Mukuru settlement and every time it rains, there is regular flooding in the entire settlement. The floodwater mixes with faecal waste from the latrines which then finds its way into people’s homes.

New research commissioned by WSUP is revealing the extent of the problem of faecal waste in communities. A study in one low-income community in Dhaka, Bangladesh, shows the alarmingly high frequency of germs in low-income urban communities suffering from inadequate sanitation.

The research found that health outcomes can be significantly improved with well-managed, closed drains and, when safely managed, fully sealed containment systems are in place and frequently emptied. Though the research is specific to Dhaka, it has relevance for other cities that are facing similar issues. 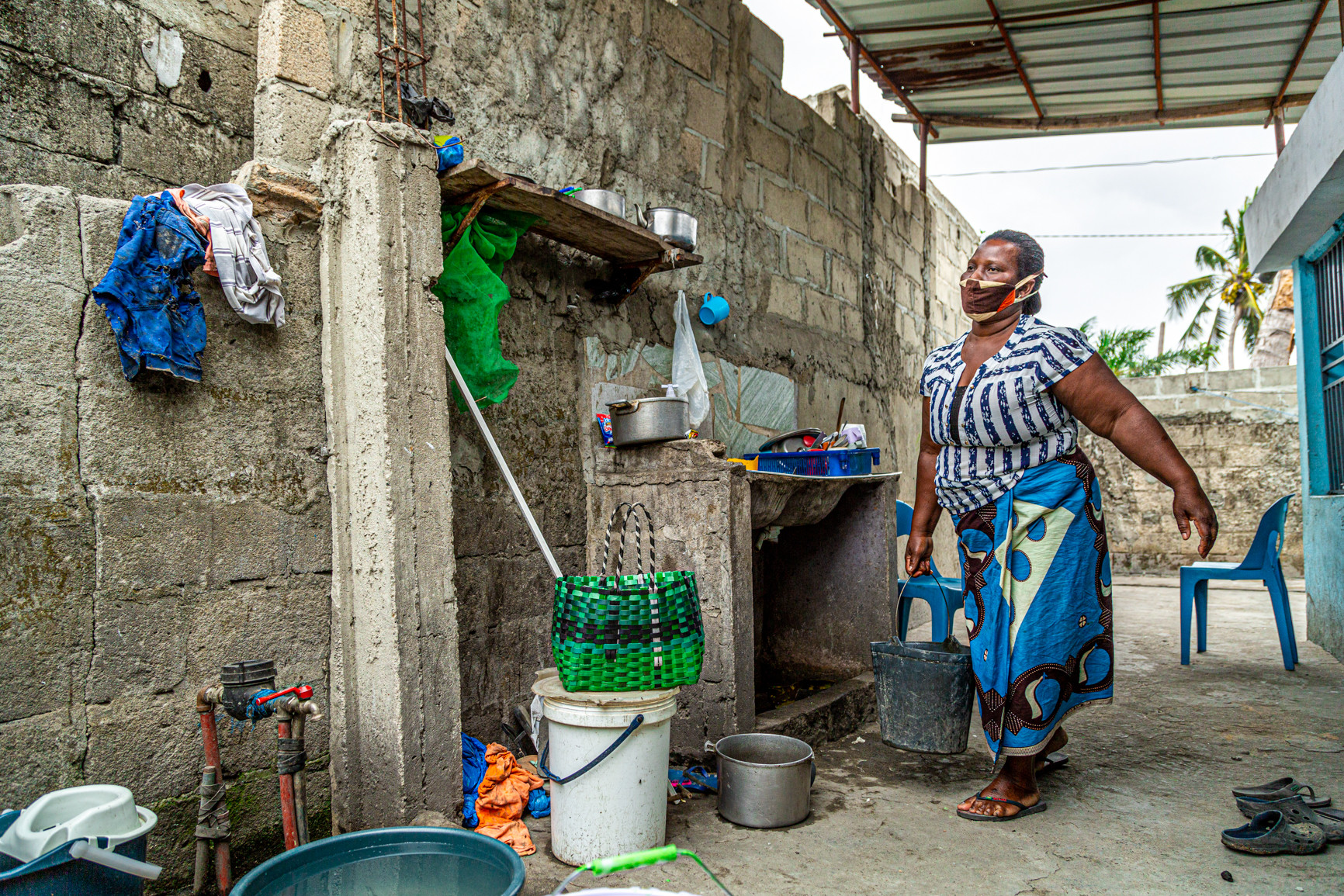 Clara Mariano (pictured above) is a resident of Chipangrara in Beira, one of many areas in Mozambique affected by increased flooding due to climate change. Poor drainage means that when the area floods her yard fills with wastewater, exposing her family to dangerous diseases.

“The water flow is a mess, I protected my yard but nothing seems to have worked, the yard is usually flooded with water, it is extremely difficult to live under such conditions.”

Following the devastating impact of Cyclone Idai, WSUP has been working to deliver sustainable, long-term water and sanitation solutions to help mitigate the effects of climate change for thousands of low-income residents in Beira.

Read more in this blog – Climate recovery in Beira: sustainable water and sanitation access for a more resilient city

Where urban communities flood, fragile toilet infrastructure can easily be damaged, causing residents to have to rebuild in the wake of floods. It is often the poorest residents, who can least afford it, who live in the areas most vulnerable to heavy rains and see their facilities damaged. This also has a major impact on people’s health, dignity and well-being.

Cities like Rangpur in Bangladesh are experiencing rainfall at an unprecedented level over the last couple of years, leaving residents with little or no access to proper sanitation facilities. In September, 433mm of rain fell in 30 hours, submerging nearly a third of the city and leaving 500,000 city dwellers trapped in their homes.

Read this story here – How climate change is worsening sanitation in Rangpur, Bangladesh

Tackling the climate change impacts on sanitation in disadvantaged communities will require a coordinated effort with other urban service providers. Residents who are unable to afford safe emptying services have no choice but to dump sanitation waste in open drains and rivers, contaminating the entire water cycle.

Without rubbish collection services, solid waste blocks up drains, and stormwater builds up in these channels, spreading filthy water through communities. It is therefore vital for sanitation to be considered alongside drainage and solid waste management services.

Too much water or too little water – climate change is damaging people’s ability to have access to safe sanitation.

But with the right action, WSUP believes that cities can ensure that the poorest, most vulnerable people have access to sustainable sanitation that can withstand climate change.

Top image: Melita Zeca lives in the cyclone-hit area of Beira where there isn’t safe and affordable waste collection services thus affecting the health of the residents. 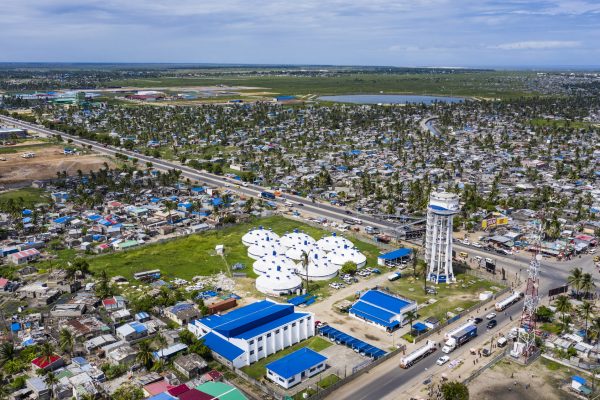 ESAWAS and WSUP renew partnership to strengthen regulation in Africa