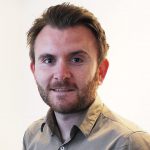 Safe sanitation is a basic human right, which continues to be denied to 3.6 billion people — nearly half the global population. This statistic underlines that providing sanitation at scale is immensely challenging. This is especially the case in low-income urban communities, where sanitation is complicated by a wide range of institutional, political, social and technical challenges.

Container-based sanitation (CBS) has emerged as an innovative approach, especially for serving hard to reach sanitation market segments. This means CBS has a potentially important role to play in achieving citywide inclusive sanitation. In the words of the CBS Alliance, CBS refers to a service that “provides standalone toilets and regularly collects the waste in sealed containers to be safely treated, disposed of or reused”.

WSUP works to support sanitation services citywide, including to densely populated low-income communities. Intuitively, we think CBS makes sense as a sanitation option in these contexts.

Unlike sewered systems and conventional pour flush toilets, CBS does not require capital investment from the household to support toilet construction. Households can pay to access the standalone toilet on a subscription basis, through “little and often” payments, which are often better suited to the day-to-day economy of low-income families.

Because fixed infrastructure is not involved, container-based systems can provide flexibility and support efficient provision of services in rapidly evolving unplanned settlements, or as part of disaster response.

CBS is a dry system — it typically does not require water, a strong advantage in water-scarce contexts. And there is a growing body of evidence around the hygienic safety of CBS: by contrast with onsite-infiltration systems, such as latrines and septic tanks, container-based systems ensure full containment of faecal waste.

CBS will only achieve scale if built into citywide approaches; and crucially, if low-income households embrace the option and drive demand for the service. Until recently, there was a lack of robust studies exploring customer satisfaction with container-based sanitation.

Importantly, the study aimed to capture both subjective and objective measures of the Clean Team user experience (relative to the previous sanitation option used by that household). Objective measures included factors such as hygiene, accessibility and sustainability. Subjective measures were assessed using the sanitation-related quality of life (SanQol) methodology, developed by Ian Ross at London School of Hygiene & Tropical Medicine. SanQol aims to capture perceptions of health risk, avoidance of shame, personal safety, avoidance of disgust, and privacy — factors we know are integral to how people value a toilet.

So, what do Clean Team customers think? You can read about study findings in this Research Brief and this pre-print article. But in summary: the results are highly encouraging for advocates of container-based sanitation.

Customer satisfaction with the Clean Team service was high, and increased compared to their previous sanitation in almost every domain measured. Clear improvement was observed across all SanQol indicators.

As a snapshot, the Clean Team service delivered:

Statements by residents about their personal experience with Clean Team illustrate these results. Amina Azure, a food vendor at Buokrom Zongo, said the Clean Team toilet has helped her and her family “save a lot of money”. “I wasn’t aware of how much money I was spending on public toilets, not to speak of how unhygienic it was, until I was introduced to the Clean Team toilet”, Azure said. “It is very convenient and easy on my pocket.”

In the case of Mary Dufie, a petty trader at Asawase Railway Quarters, the service has had a very positive impact in her personal life, considering the health challenges faced by her husband. “My husband is not well and can’t walk a long distance to the public toilet”, she said. “Anytime he gets nature’s call in the night, we used plastic bags and disposed of it in the morning, but the Clean Team toilet has really helped us.” Practicality and improved household hygiene have also been important factors for her satisfaction with the service. “I am especially happy about the fact that I don’t have to handle the waste myself.”

Key takeaways from the research

How then to interpret the findings of the surveys? There are some caveats. It is important to note the context in Kumasi, where an unusually high proportion of households depend on pay-per-use public toilets as their primary form of sanitation. This was the previous sanitation option and the comparator for most respondents. And of course, this study had a particular focus on customer satisfaction. It does not directly address wider challenges in scaling CBS services, including financing and regulatory aspects.

But in the view of the research team, these findings do suggest that CBS provides a very positive user experience. And the findings affirm that CBS can play an important role as part of a mix of sanitation services — especially in densely populated urban settlements, where permanent household toilets are not always feasible.

Findings around gender inequity are particularly striking. Through our programmes, WSUP regularly sees first-hand the extent to which women and girls suffer disproportionately from lack of access to sanitation. By offering an affordable and flexible form of household sanitation, CBS can play a part in improving access for those who need it most.

Finally, in WSUP’s view, the findings are a credit to the service provided by Clean Team Ghana, and we are grateful for their cooperation through the research. The next step is to ensure findings are fully leveraged to support the integration of CBS within formal sanitation systems in Ghana —including formal approval of CBS as an approved sanitation technology and the development of standard operating procedures.