Urbanisation is not just about the world’s megacities like Manila, or Dhaka, or the thousands of towns that are now turning into major cities.

It’s also about the communities that are turning into towns but still have the infrastructure of a small village.

The towns of the Ashanti region of southern Ghana, around the country’s second city Kumasi, are an example of this challenge.

These cocoa farming communities used to be simple villages, with a single water supply in the centre of the village. Each day, women would walk to village centre and use the hand pump to get enough water for the day. Then, they would carry it on their heads back to their houses.

This basic system of water supply puts a large burden – both time and physical – on women, and as the communities grow, the distance women need to travel to fetch water has become much greater.

In Nerebehi, a town of 5,000 people about 30 minutes’ drive from Kumasi, Theresa Nyame has a small one-acre cocoa farm and is also one of the town’s water vendors. 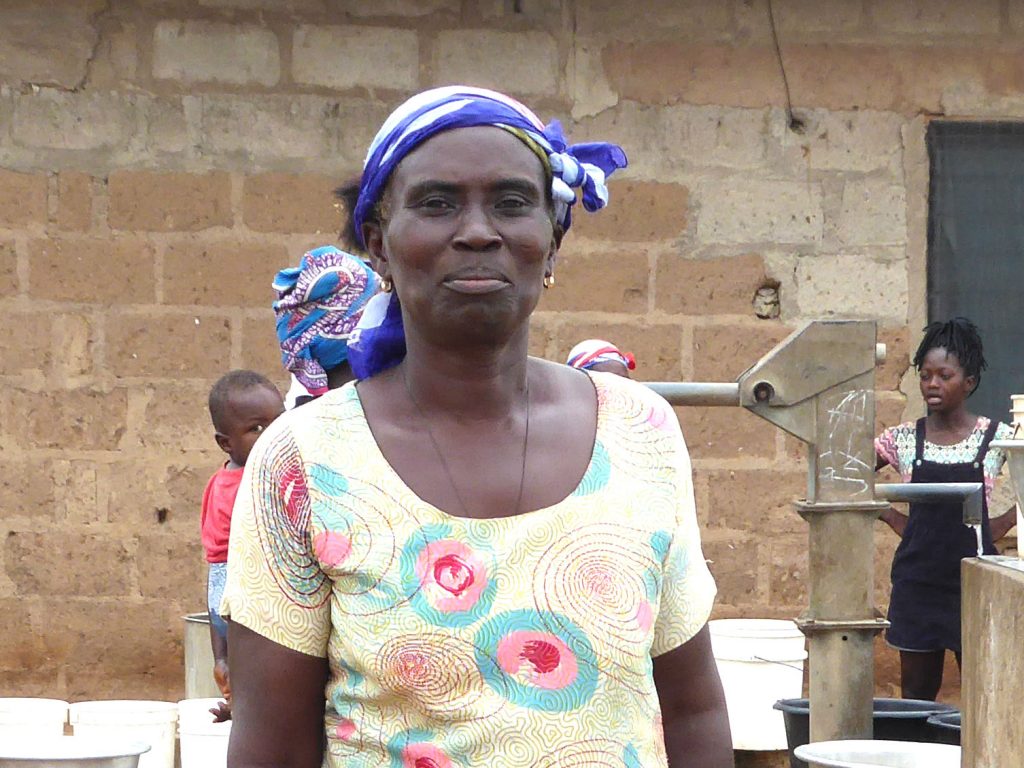 “At the end of the day, pumping the water leaves me more tired than the work I had to do in the farm and I have to repeat this every day, except Sundays when I don’t go to the farm,” she says.

WSUP is working with The One Foundation, Divine Chocolate and UK retailer The Co-op in 10 towns across the Ashanti region to address this issue.

Our goal in the four-year project is to improve water services across these towns, building financially sustainable systems that can last for many years to come.

Anane John, a local assembly member in Nerebehi, explains why this work will make such a difference to his community. 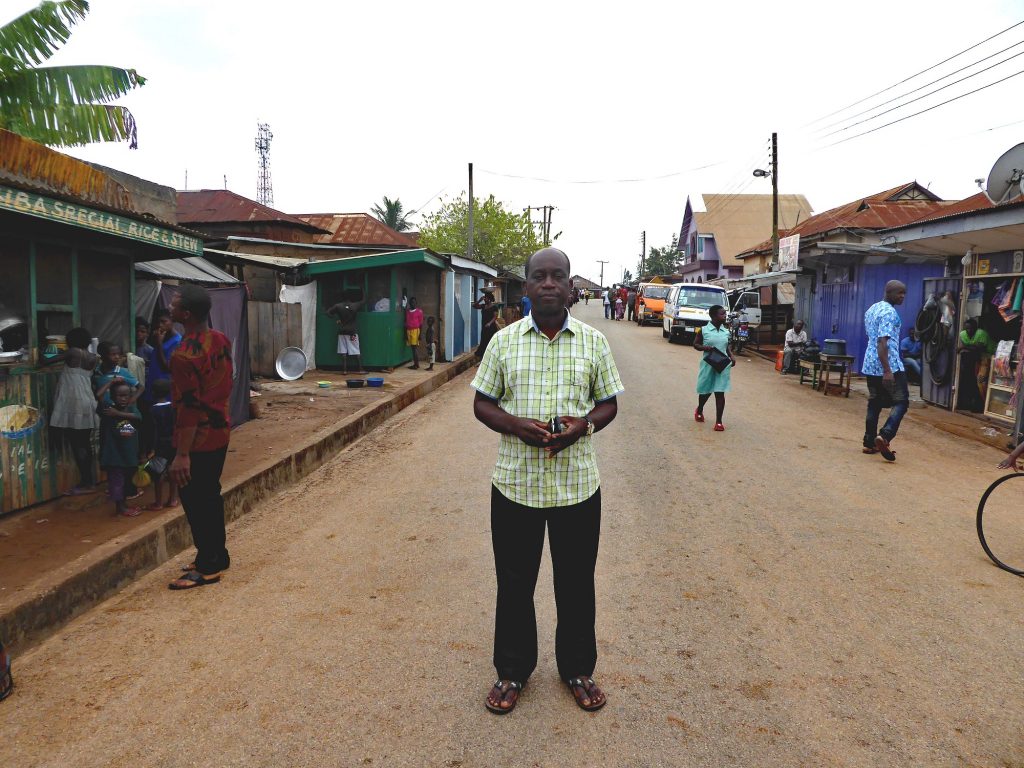 “The boreholes in the community are unable to serve the community demand and people have to wait in queues for long periods to fetch water during peak demand periods in the morning and evening. The situation is exacerbated by the length of time it takes to pump the water.”

In our project, we plan to build systems which allow customers to choose their type of connection – whether its household access, or pay-per-use standpipes, which are manned by water vendors like Theresa.

Much of the cocoa grown in this region is used to make Divine Chocolate, which is co-owned by the Ghanaian Kuapa Kokoo farmers’ co-operative.

Yaw Asiamah, 59, affectionately called Uncle Yaw, is a cocoa farmer with 12 acres of farmland. “I’m proud of what I have achieved because of cocoa,” he says. For Uncle Yaw, water is important for his good health so that he can work his farm. He currently has a hand dug well on his property, but this means that twice a day he and his son have to manually pull the water up – a back-breaking job. 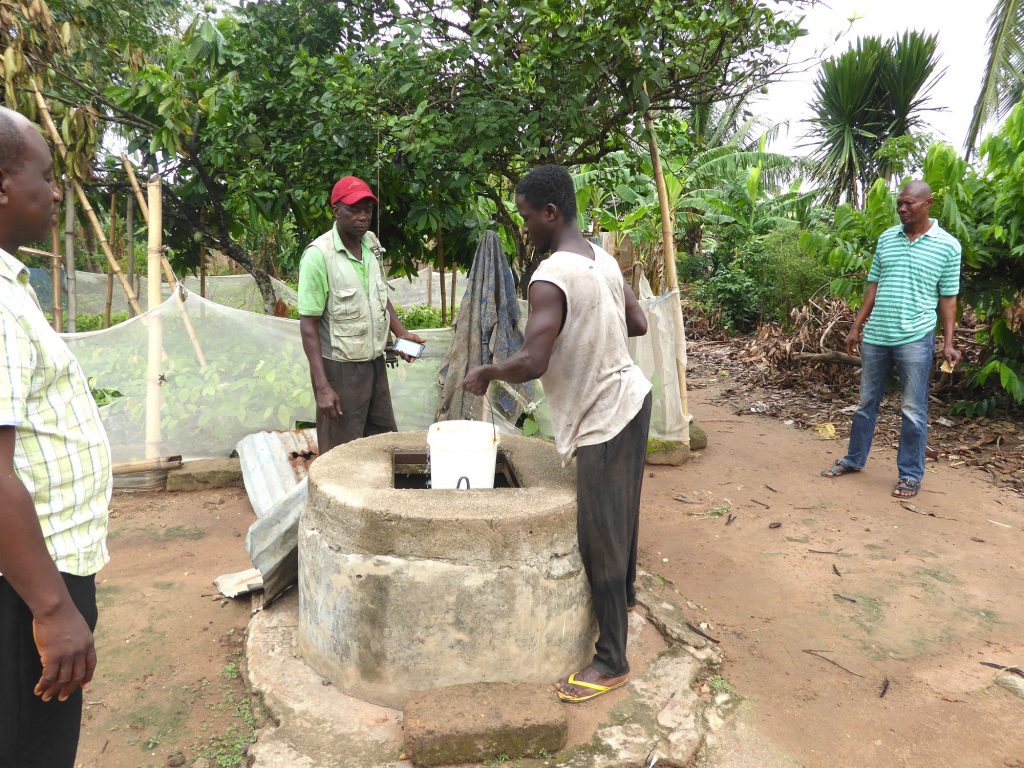 He describes what he is hoping for from the project: “I wish to have a water connection in my house with a tap fitted standpipe close to the nursery so I can easily connect a tube from the tap to the nursery for easy and stress-free irrigation.”

He adds: “This is a project going to solve the problem of people with water supply challenges and we in Nerebehi have critical need for water so thank you for considering us”.

Read more about WSUP’s partnership with the One Foundation.