Solid waste. It’s everywhere in the urban communities where we work – clogging up drains and waterways, and impacting on the health of cities.

Municipal authorities in developing countries frequently lack the capacity to manage waste across the city and as a result huge amounts of solid waste is illegally disposed.

In Dhaka, for example, only a third of waste is collected, with millions of tonnes unmanaged each year.

Eventually, much of this waste finds its way into major rivers and the ocean: as has been reported recently, some 10 rivers, passing through some of the most densely populated areas in the planet, are responsible for 90% of the plastics entering the oceans.

But before that, poor waste management also has a significant impact on the ability of the poorest urban citizens to access safe water and sanitation services. Solid waste that is not properly treated can result in pollutants entering the water system, making water unsafe for drinking and contributing to the spread of diseases.

Blockages in drains, caused by solid waste, contribute to flooding which particularly affects low income communities which are located in flood prone areas, and causes septic tanks or pit latrines to overflow.

Solid waste can also have an impact on the sanitation systems used by many low-income communities.

In recent work in Kisumu, Kenya, we have found that pit latrines used in the informal settlements around the city are filling up quickly, because of the high volume of solid waste entering the system – ranging from plastic bags and condoms to more substantial items like old clothes and mattresses.

This rubbish also means that emptying is extremely difficult, as the sludge is clogged up, and makes treatment of faecal sludge significantly more expensive.

In Madagascar, WSUP has piloted efforts to support a more integrated approach to this challenge.

The poorest districts of central Antananarivo are mostly low-lying and flood prone. There is a network of open canals for drainage of stormwater and wastewater – and regular cleaning of these canals is essential.

In 2009 we started supporting community groups in the city to use revenues from water kiosks and other local sources to finance a drainage canal cleaning programme and household solid waste collection.

The programme was established on a sustainable basis and nearly 10 years on, many of the activities are still operated by the city’s Municipal Hygiene Office (BMH) –  showing the benefits of integrating water, sanitation and solid waste management.

Securing the buy-in from stretched city authorities to fully support and scale up programmes of this type is certainly a challenge. 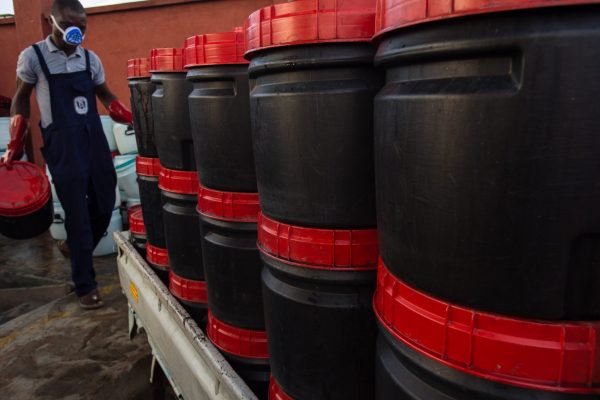