Mozambique will need all the help it can get first to deliver basic services like housing and sanitation, and then to ensure they are built to last.

This article was first published on Thomson Reuters Foundation News. 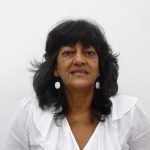 By Carla Costa, Country Programme Manager for WSUP in Mozambique

The official government plan to rebuild Mozambique after two deadly cyclones hit the impoverished country earlier this year has taken six months to finalise, but it is likely to take a decade or more for Mozambique to return the same state as before the storms.

Yet, returning to pre-cyclone standards alone will neither be enough to properly serve communities nor to build greater resilience to future extreme weather events, made more intense by climate change.

Parts of the capital Beira have been reconnected to the water network, but six months after Cyclone Idai made landfall, buildings remain without roofs and hundreds of families are marooned in resettlement centres far from their daily lives.

As the humanitarian effort rescinds and recovery gets under way, what Beira needs now is firstly to resettle families in proper conditions.

At present, nearly still being housed outside of Beira in resettlement centres where there are limited utility services and few options to make living.

As a result, people have started returning to the city during the week to earn money, returning to jobs including selling fish, salt dry fish and dry prawns, and then going back to resettlement centres at the weekends.

This population urgently needs access not only to basic public services, including sanitation waste management, but also viable options for livelihoods and education so they can properly restart their lives.

Secondly, the residents of Beira need more support in adopting the best possible hygiene practices, such as washing hands with soap and how to correctly store drinking water in the short-term, while permanent infrastructure and services are rebuilt.

Even before the cyclones, makeshift septic tanks were regularly emptied into the streets but with many household toilets destroyed in the storm and others without mains water, families have resorted to open defecation, raising serious public health issues and disease risk.

And in the resettlement centres, for example, families have previously endured shortages of limited water supply but also staff to operate the water system, meaning they are reliant on temporary supplies from standpipes, which do not have the capacity to serve all the day-to-day needs of these communities.

Some information has reached communities to raise awareness of short-term health and hygiene issues, but both the message and means of safe hygiene practices using clean, quality water must be extended to everyone.

Finally, Mozambique urgently needs to invest in better drainage. With low-lying Beira already vulnerable to flooding, improved drainage would help the city cope with these kinds of extreme events.

Better drainage infrastructure would also then support better sanitation and waste management by preventing the already-limited sewage system, which is often emptied manually, from regularly overflowing.

In the recovery of Beira, authorities must go beyond simply rebuilding what previously existed and develop longer-term and more resilient systems that, together with awareness campaigns, give families the chance to live dignified lives.

Returning to the status quo is a bar too low for a country like Mozambique, which is Africa’s third most vulnerable country to climate change and where only a quarter of the population has access to mains water.

Instead, the government and public agencies, supported where necessary by partners, need to recognise the changes needed to accommodate the emerging realities of rapid population growth, urbanisation and climate change. The answer lies in a combination of improved physical infrastructure and behaviour change.

As a partner on the ground in Mozambique, Water & Sanitation for the Urban Poor (WSUP) is among the organisations that can support this, but the responsibility ultimately lies with the government and its agencies.

As we have found, low income need not be a barrier to accessing key services like water, and creative solutions such as shared toilets can help address an infrastructure need with limited resources.

Mozambique will need all the help it can get first to deliver basic services like housing and sanitation, and then to ensure they are built to last.