Cholera is a common public health burden in cities across the developing world, and tackling the spread of cholera in low-income communities is of high priority for city authorities.

Particularly in regions where rainy seasons lead to frequent flooding, residents who rely on unimproved sanitation and drinking water facilities are at risk of exposure to the disease. Pit latrines often fill up with rainwater, causing them to overflow and spill their contents into the surrounding environment, spreading cholera and other diarrhoeal disease.

In densely-populated urban areas, diarrhoeal diseases disproportionately affect the poorest, who are not connected to sewer networks and cannot afford to use safe pit emptying services before the onset of the annual rainy season.

Technology, however, can play a part in addressing this challenge and WSUP has developed two tools which aim to help city authorities do just that – by improving data about pit latrines that may overflow, and enhancing effectiveness of pit-emptying services provided by the private sector.

One way to address the challenge is to improve understanding of sanitation conditions in low-income communities. If city authorities are better informed about where sanitation facilities are inadequate, or where pit latrines might be at risk of flooding during the rainy season, then they can act accordingly – for example promoting pit-emptying services to reduce the likelihood of faecal contamination.

WSUP’s toilet database tool aims to do just that. Developed in Kanyama, a densely-populated low-income community which is often the epicentre of Lusaka’s cholera outbreaks due to frequent flooding, the datbase contains information on Kanyama’s latrines and how full they are.

The data collection process was recently completed, so the database is an accurate snapshot of the status of nearly all the pit latrines in the area – almost 16,500.

In October 2017, we started discussions with Zambia’s Ministry of Water, Development, Sanitation and Environmental Protection, Lusaka City Council and Lusaka Water & Sewerage Company (LWSC) to see how they could use the toilet database to prioritise pit latrines in Kanyama that require emptying before the onset of the rainy season. LWSC have since begun to plan a pit emptying strategy in Kanyama, using the toilet database to identify pits that are perceived to be full or almost full.

It’s too early to tell what the impact might be on the cholera outbreak, of course – that will take some time – but we firmly believe that the tool can provide valuable data to the city authorities that can help them to reduce the number of over-flowing pit latrines.

Read our Practice Note for more information on the toilet database in Kanyama.

If the Toilet Tracker is aimed at identifying which pit latrines need emptying, our second tool is designed to improve the provision of an emptying service.

WSUP is developing a mobile app that will enable vacuum tanker drivers, owners, and municipal authorities to monitor pit emptying activities in their city. The PULA app will track the movements of vacuum tankers, provide information about operating practices and identify patterns in customer demand. Drivers and emptiers could use the app to record detailed information about their customers and their pits, enabling an accurate image of the sanitation situation on the ground to eventually emerge.

Using a User-Centred Design approach, the first design phase took place in Ghana and Kenya. The next phase of development is taking place in Lusaka. Not only will the Toilet Tracker data provide a ready-made database of customers for those using PULA in Kanyama once the app is completed, but information collected by PULA will ensure that the Toilet Tracker information is kept up to date. If a customer has a full pit, as identified by the Toilet Tracker, a team of pit-emptiers can service it and then update the Tracker appropriately.

This is still work in progress, but is an exciting new way of thinking about public health monitoring and sanitation service provision in low-income areas.

Read our Practice Note for more information on our work to date on the PULA app.

A waterborne infection, cholera is almost always transmitted through water or food that has been contaminated by the Vibrio cholerae bacterium. For many industrialised countries, cholera has not been an issue for generations; at least not since the cycle of infection and reinfection was broken following massive public investment in water and sanitation infrastructure.

Cholera outbreaks have occurred nearly every year in Zambia since 1991. A 2011-2015 respite was interrupted by an outbreak in 2016 which infected more than 1000 people across the country, with most cases reported in the capital city, Lusaka.

On the 6th October 2017, a new outbreak was declared after cases appeared in Chipata, one of Lusaka’s peri-urban areas. By the 26th October, 130 people had been affected in 15 of Lusaka’s townships, all of which have limited access to safe water and sanitation. A multi-sectoral response is currently underway, bringing together the Ministry of Health, Lusaka City Council (LCC), Lusaka Water and Sewerage Company (LWSC), WHO and others.

Hopefully, this will curtail the further spread of this most recent outbreak. But without significant investment in water and sanitation infrastructure, cholera will remain a recurring part of life for urban Zambians.

This blog is part of a series looking at how to stimulate private sector involvement in on-site sanitation.

Read more in our new report: A guide to strengthening the enabling environment for faecal sludge management. 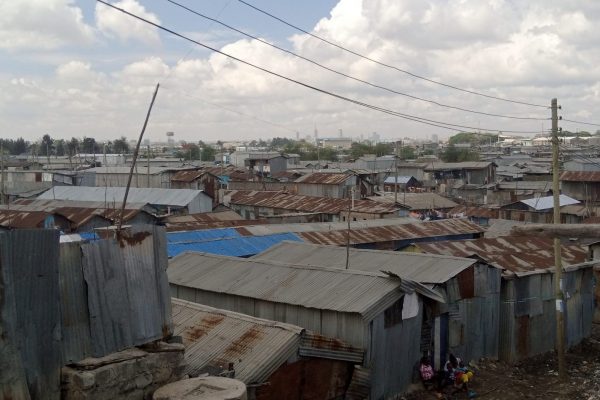