Plans for a new national sanitation body in Ghana have been reactivated by the government, raising the hope of accelerated efforts towards universal coverage. But serious challenges remain. 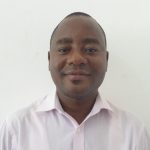 Why is this such a big step forward in Ghana?

Institutions that deal with sanitation issues at both local and national levels in Ghana tend to be weak, culminating in low progress achieved on sanitation over the years. The challenges are complex – just see the report WSUP published recently, Sales Glitch, which analyses systemic challenges to building a market for sanitation products and services, as an example of some of the difficulties.

Nationally, just 21% of Ghanaians have access to at least basic sanitation. Rates of open defecation are also increasing, and in urban areas, a large amount of residents are dependent on public toilets which are often filthy, unsafe and over time, more expensive than other forms of sanitation facilities.

The costs of this poor sanitation is devastating: annually, about 19,000 Ghanaians, including about 3,600 children under five, die of diarrhoea-related infections. In 2014 alone, more than 29,000 people were infected with cholera out of which 248 lost their lives.

The importance of a National Sanitation Authority cannot be overestimated. Compared to water, the sanitation sector is making slow progress, and the government urgently needs a strategic body that can accelerate and fast track universal sanitation services delivery in line with the Sustainable Development Goals (SDGs).

It will take on the responsibility for many sanitation governance functions such as formulating policy, developing legal frameworks, planning, coordination, funding and financing, capacity development, data acquisition and monitoring, standards setting and regulation.

WSUP has been advising the government of Ghana, alongside other partners such as CONIWAS, the Coalition of NGOs in Water & Sanitation. In a report published last year upon the completion of an international institutional comparative study, WSUP recommended that the NSA should have five important functions:

Even though the National Sanitation Authority and Fund are yet to be fully set up, some lessons have been learnt in the process about how organisations such as WSUP can support government institutional change.

First, influencing government for institutional set up takes time and therefore demands a lot of patience, since process can be very slow, iterative and frustrating.

But the most important is never give up and never say it’s impossible, it can always be done no matter the challenges.

Second, influencing also works better when coalitions are formed. The collaboration between WSUP and CONIWAS and Media Coalition on Open Defection (M-CODe) in Ghana also helped a lot in pushing the government to this far.

Setting up the NSA, and ensuring that it is effective, will be challenging. In the international institutional review study, conducted for the Ghanaian government, WSUP identified that no other country – of the 15 countries analysed – had an equivalent sanitation body which holds as many roles as it proposed for the NSA. WSUP will continue to advise the Ministry of Sanitation and Water Resources on the set-up of the NSA and the accompanying Fund.