WSUP was the brainchild of Jeremy Pelczer, former CEO Thames Water and the late Richard Sandbrook, co-founder of Friends of the Earth.

In 2003, Thames Water, as a result of their international operations, recognised that water utilities were not always best placed to meet the needs of the urban poor in the developing world nor did these contracts always best meet their commercial requirements.

Richard, Jeremy and others, realised that there was a need to address this by bringing together the skills of the private sector, governments and NGOs. A meeting of approximately 60 organisations was called to discuss this concept and to identify which would join Thames Water to develop the vision into reality.

In 2005, seven organisations agreed to create WSUP as a not-for-profit company, limited by guarantee, registered in England & Wales, with each of these organisations becoming a Member and providing a Board Director. (Additionally, WSUP has four non-Executive Directors.)

DFID helped to guide the concept and was one of the first funders to support the initiative. WSUP evolved to working in 6 core countries in order to identify and test the most effective ways of delivering water & sanitation services to the urban poor.  As WSUP grew, we set up teams in each country which are led by a Country Programme Manager reporting to a UK based Programme Director. This set-up has enabled much better local implementation and connectivity with the in-country institutions mandated to deliver these services, and as a result a much better basis for effective sector change.

Members of the Board

The Rt Hon Lord Paul Boateng DL PC is a Member of the House of Lords. He was formerly in the UK Cabinet as Chief Secretary to HM Treasury and UK High Commissioner to South Africa. He is currently Chairman of the Africa Enterprise Challenge Fund based in Nairobi and is on the Board of the London based Ghana International Bank. He is Chair of a number of charities working in Africa including BookAid International and the International Council of the Duke of Edinburgh’s Award. 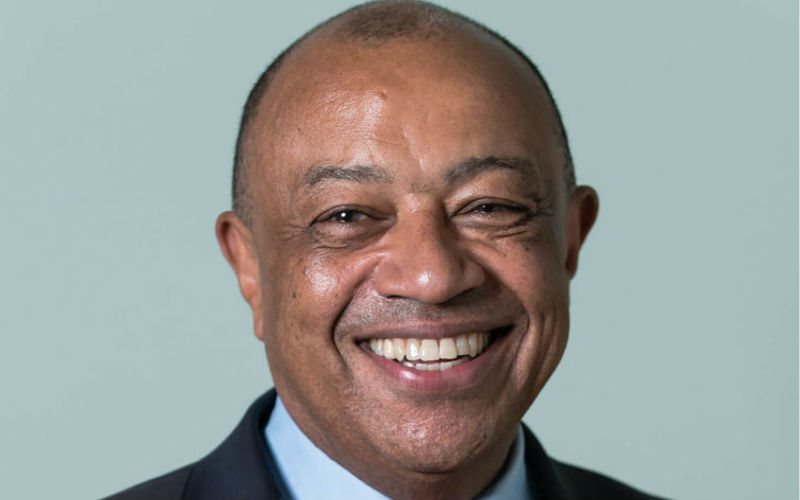 David is a civil engineer specialising in water resources. Following three years as a VSO volunteer in Bangladesh, David led water resource projects in Egypt, Pakistan and India. He has worked for one of the UK’s major consulting engineering companies including being managing director or chairman of the group’s companies in India, China and South East Asia. 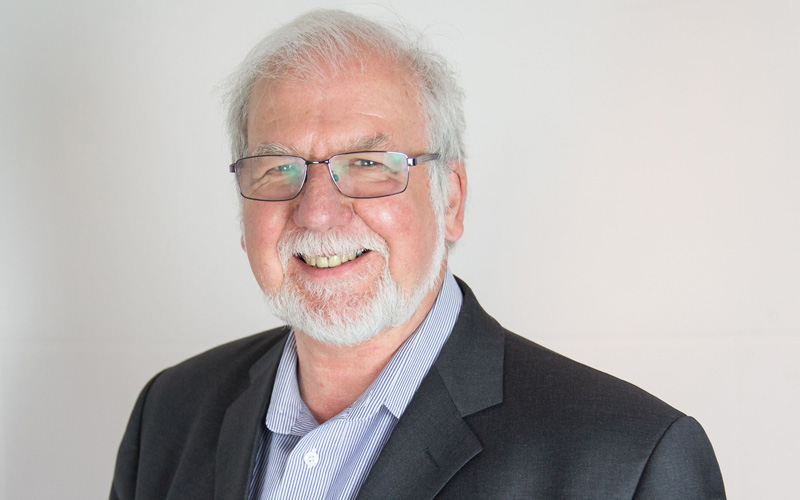 Peter is Director of the CARE USA Water Team and his current work includes increased engagement with private entrepreneurs in rural WASH and mobilizing investment into rain-fed agriculture in Sub-Saharan Africa. Previously Peter worked for the World Bank’s Water and Sanitation Program and then with the WSP Regional Water and Sanitation Group for South Asia.

Rebecca, Chief Sustainability Officer, is responsible for leading the team to provide strategic counsel to the business on key advocacy areas and co-creating strategic partnerships that deliver scale. This involves working with commercial organisations as well as the UN, NGOs and Governments and entails developing new business models that help to embed the UN Sustainable Development Goals. 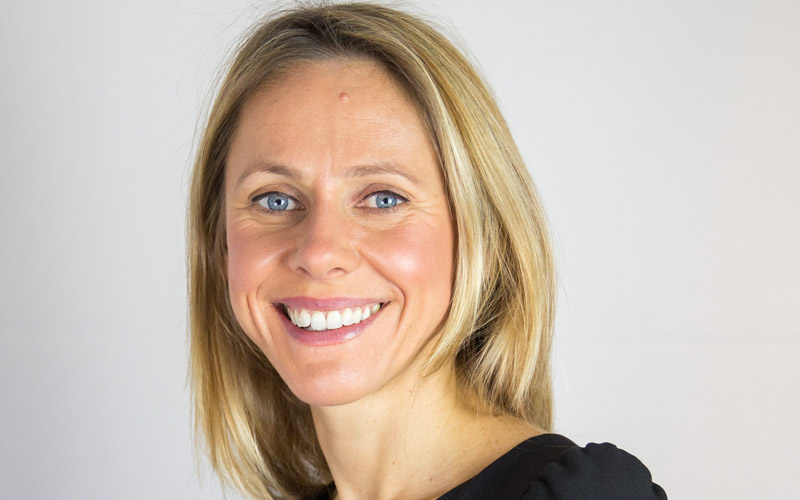 David Scott is a London based chartered accountant. His career has been with Coopers and Lybrand, the Commonwealth Development Corporation and Deloitte, specialising in transactions and business appraisal. 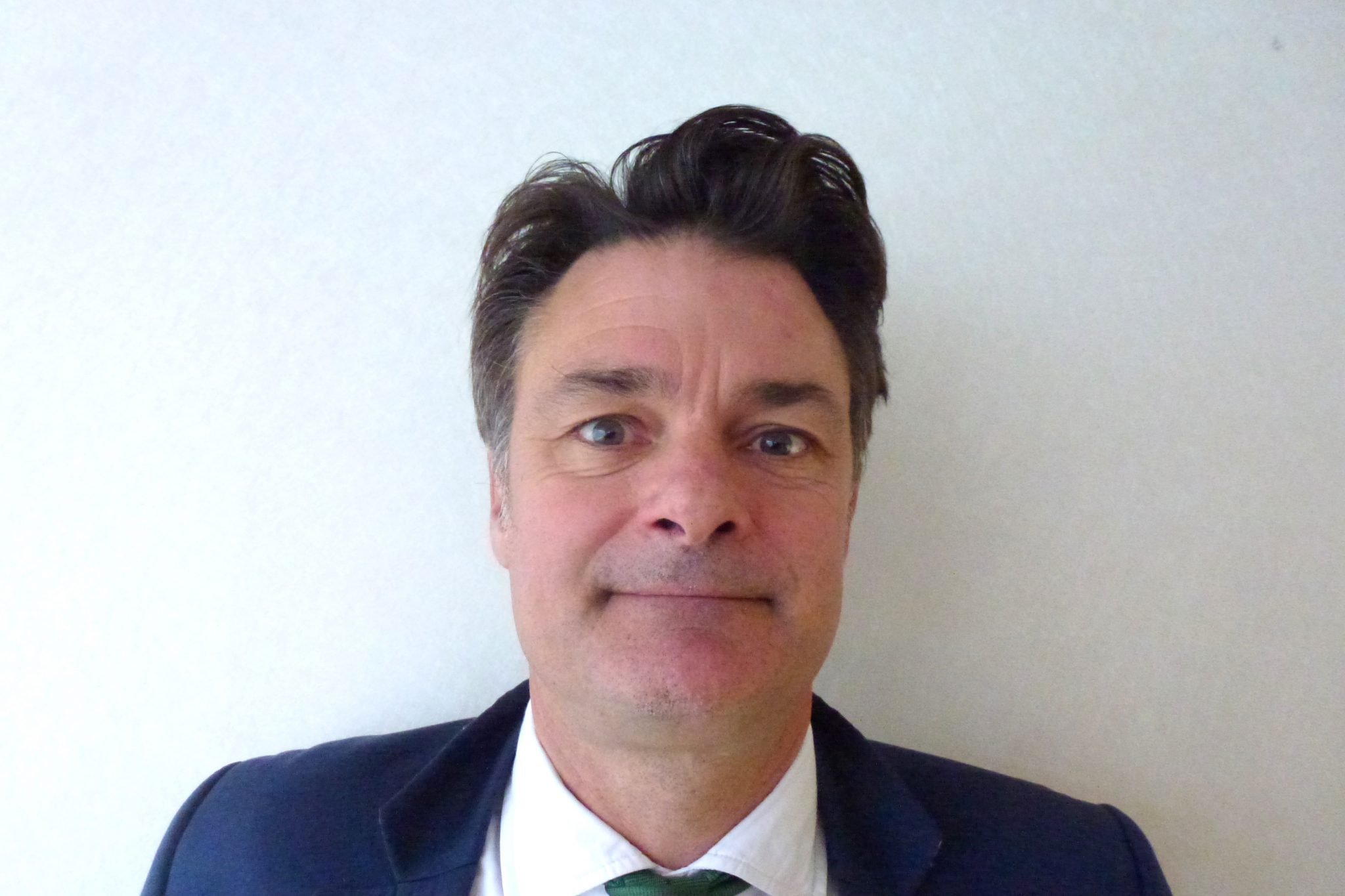 Karl is Executive Director – Head of Health, Safety, & Wellbeing at FYLD. Previously, he was the Chief Health, Safety & Security Officer at Thames Water and was responsible for the strategic direction and development of these.  He has 25 years of experience in industry, having worked across all continents and numerous safety critical industries including oil, gas, minerals, rail, construction and utilities. 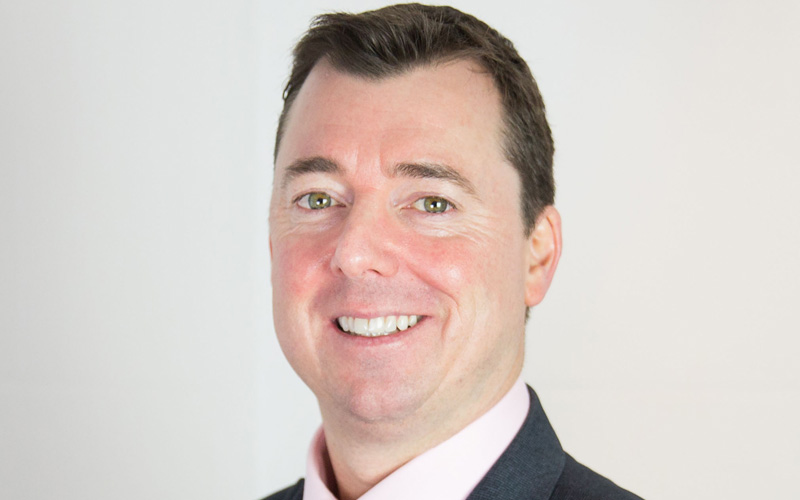 Robin is Value Chain and Marketing Manager Pipe in Borealis, Vienna. Previously, he spent nine years with Borouge in Singapore and Abu Dhabi, and has strongly contributed to the advancement of both companies and the pipe industry through several polyethylene and polypropylene pipe innovations and market development initiatives, including the Water for the World CSR programme which has projects across Asia and Africa. 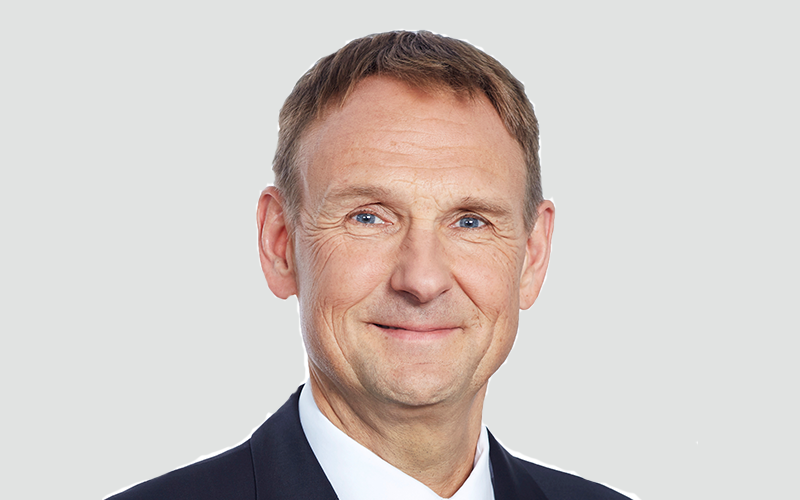 Tim is Professor of Water and Food Systems at Cranfield University with over 35 years of experience in research, teaching and consultancy in a wide range of water topics. He has worked on research projects in many developing countries, particularly in Africa funded by DFID, UK Research Councils, The EU and agricultural businesses. 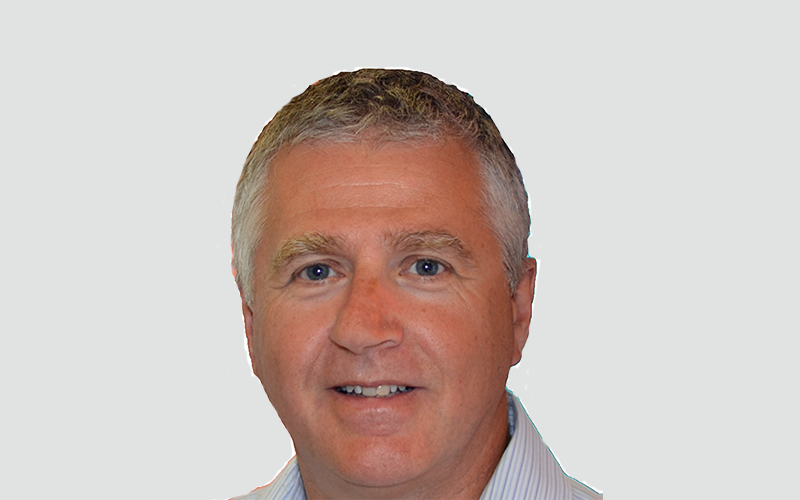 Andy Wales is Chief Digital Impact and Sustainability Officer for BT plc, where he leads on digital skills, digital and human rights, sustainability (with a big focus on climate change) and community engagement. He was previously Global VP Sustainable Development for AB InBev, having spent 10 years with SABMiller plc as Corporate Affairs Director Europe and SVP Sustainability. Andy is a senior advisor at the Global Innovation Fund, and an active tech for good angel investor, and is also a member of WWF UK’s Programme Committee and the Sainsburys Foundation Advisory Board. 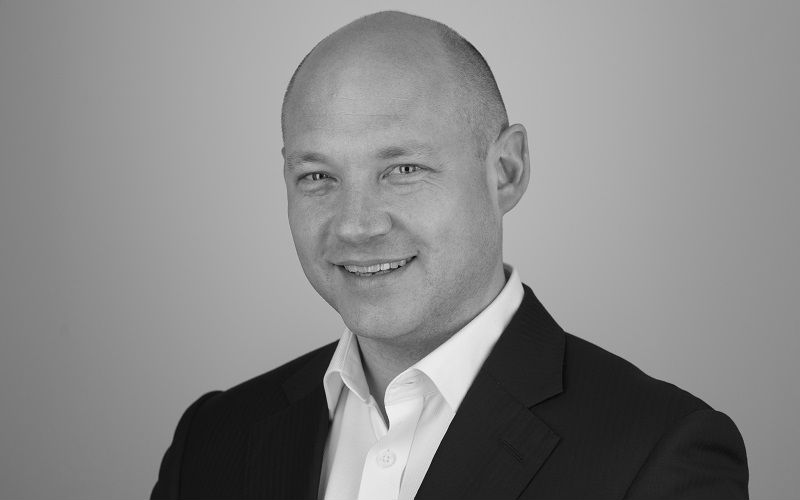 WSUP Advisory: Members of the Board

A civil engineer by profession, Yaver has over 35 years of consulting engineering and business leadership experience in North America, Europe, the Middle East, South Asia and Africa. His expertise includes strategy, corporate governance, business planning, leadership and the planning, financing, design and management of infrastructure projects. Yaver holds a MS in management from the Graduate School of Business at Stanford University and is a Licensed Professional Engineer. 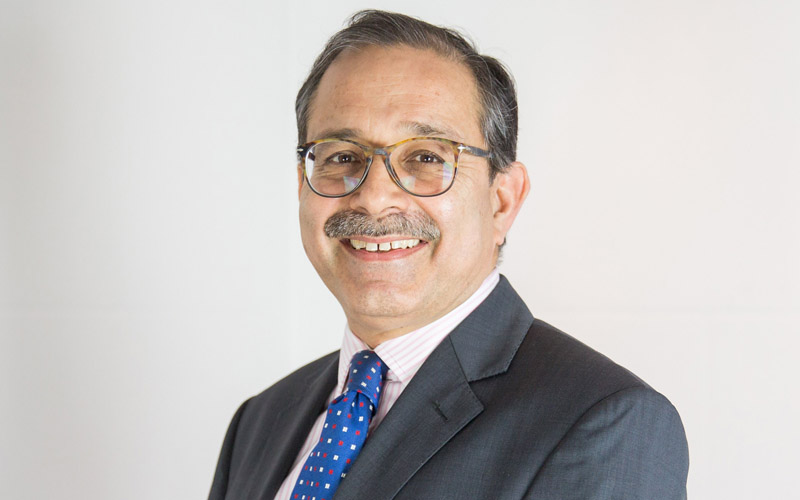 David is a civil engineer specialising in water resources. Following three years as a VSO volunteer in Bangladesh, David led water resource projects in Egypt, Pakistan and India. He has worked for one of the UK’s major consulting engineering companies including being managing director or chairman of the group’s companies in India, China and South East Asia.

Neil has been Chief Executive since 2014, and has over two decade’s experience of successfully leading and growing organisations, social enterprises and innovative partnerships, in both Europe and North America.

He previously led various organisations delivering services to base of the pyramid consumers and worked with the renewable energy industry to develop their social investment initiative, taking each through complex change processes to promote significantly enhanced institutional capacity and performance. 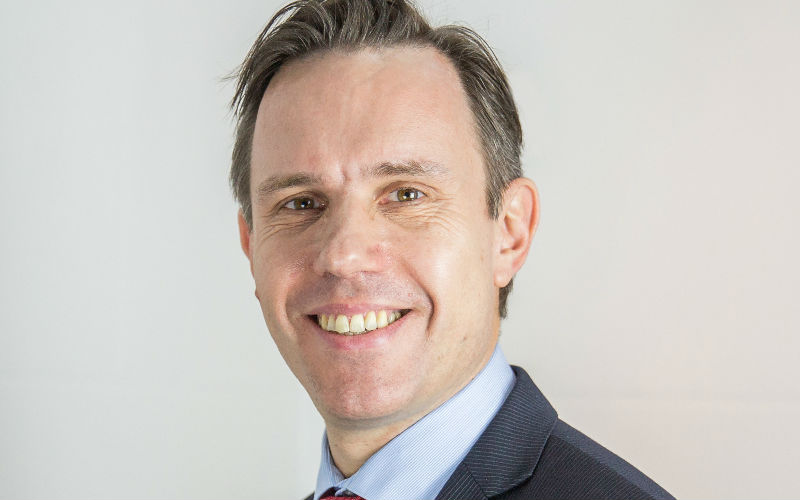 Minutes from Board meetings